What's NOT In That College Brochure

What your students don’t know about their targeted path could cause major issues beyond a few undeclared years in college. There are many paths to success but they all require an understanding of your target industry.

Pick up any pamphlet on a major from a college and you will see multiple potential careers within that field of study. The number of people working in their field varies, but over 70% of students end up working in a field outside of their major (source). As adults who’ve come through the education system, it seems obvious to us, but the overwhelming majority of students will have to learn the hard way, like we all did.

Early exposure to these simple facts are paramount to a student’s success after leaving the educational system. 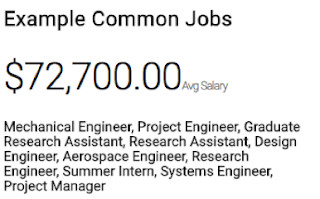 Analyzing millions of career paths, we see fields like Aerospace Engineering showing very linear career trajectories. The graph below shows that most frequent jobs held by graduates in this field are in engineering followed by the IT and Government sectors.  STEM subjects in general show linear and high achieving career paths as compared with other 4-year majors.

While in other job fields, the path isn’t quite so targeted. My personal major was quite obscure (Poultry Science at UGA). Growing up on a chicken farm, I had very little exposure to the world outside of my bubble. It turns out, finding a job in the poultry industry isn’t difficult as we see most people working in Veterinary Services or Plant Management. But we also see people leaving the industry to pursue more lucrative and rewarding fields. 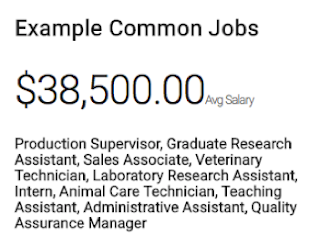 The issue with this industry is that we’re seeing a mass exodus from the field after a few years. Former students are seeing that most careers in this field aren’t offering the level of compensation they might have been expecting. In the graph below we see that most jobs in this field pay a very low salary, with the notable exception of a veterinarian, which requires a much more advanced degree. With the low salaries and typical jobs seen for people actually working in their field, its no wonder that we see so many people leaving the industry.

All too often we’re educating our children to check off the requisite boxes, but failing to prepare them for their future in the work-force. Exposing the future generation to some of the truths we all know can prevent massive societal problems like under-employment and burdensome student loan debt. As the school year winds up, it might be a great time to talk with your students about their realistic career expectations.

Photo by Caleb Jones on Unsplash.